Screened cases helping to see the business from the inside

This collection contains not just films about money, but filmed cases that will help you see the business from the inside. For example, see and find out what difficulties entrepreneurs face on the way to their business and what can go wrong even in a perfectly designed plan. Sit back and pick a movie for the evening.

A young girl named Joy plunged headlong into worries: she is raising two children, keeping the accounting department of her father’s company and housekeeping at home, where her unemployed mother, grandmother and ex-husband are waiting for her.

Once Joy had to clean the floor because of a broken bottle of wine: she wrung out a doormat and injured her hands with shrapnel. At this moment, she comes up with an ingenious idea to create a wonderful mop that will allow her not to get dirty and constantly bend over. This invention will conquer millions of housewives and bring great profits, but on the way to her success, Joy will face difficulties both in the family and in business.

The heroine of the film has a real prototype – Joy Mangano, which allows squeezing a mop and many other handy household know-how in a semi-automatic mode. But the opening credits warn that this is not a biography with a claim to be documentary: the film is based on many such stories of brave women.

Although this story is partly an invention of the writers, the film inspires to look at everyday life from an entrepreneurial angle: the opportunity to become a millionaire can be hidden behind even the most boring and familiar things.

United States of America at the turn of the 20th century. Daniel Plainview is involved in mining and stumbles upon an oil field during analysis and exploration on the California prairies. But a small hole in the middle of the wasteland is just the beginning. The main character sets himself the task of becoming another predator in the oil business: he buys up the land of local farmers in order to get to the most delicious deposits.

Quentin Tarantino said that this film is one of the best in the 2000s, and after the premiere, cameraman Robert Elsweet and actor Daniel Day-Lewis are given Oscars. The film may be of interest not only for its artistic merits: the picture realistically depicts the world of wild capitalism and provides an opportunity to see how future industrial giants rose to their feet and expanded.

The protagonist named “Ray Kroc” is engaged in cold sales of cocktail mixers. Its main clients are roadside restaurant owners, where visitors are served directly in their cars. Orders are waiting here for a very long time, and the waiters are often mistaken.

At work, Ray stops by the Californian town of San Bernardino, where he received an order for eight mixers for the brothers Mac and Dick McDonald – for another restaurant, it was an unusually large purchase. Kroc is amazed by what he saw and tasted: fast service without waiters and delicious hamburgers. At the same moment, he comes to understand that he wants to participate in this business.

McDonald’s is an iconic franchise, but not everyone knows the story behind this fast food restaurant. In this case, it is difficult to single out an antagonist: there is no evil corporation that would choke an enterprising businessman, as is the case in such films about the success of lone individuals. Instead, the protagonist himself gradually takes on the role of this oppressor.

We are offered to look at a day in the life of several real estate agents who were given an ultimatum by the management: the worst of them will be fired, and the one who brings the greatest profit will get a brand new Cadillac.

The film is based on a play, which noticeably affected the production: the action takes place exclusively on the dialogues and monologues of the characters. The picture shows the real estate business quite harshly: here the one who has perfectly mastered the art of selling is successful. Nevertheless, many of the characters’ statements have long become exemplary for sales professionals.

Kenny Wells – inherited a prosperous exploration company from his father, becoming a hereditary gold miner. But at the moment the business is broke: the company’s shares are worthless, and investors refuse to participate in projects.

Wells decides on an adventure and goes to Indonesia with the last money reserves to find a geologist there – the author of the controversial theory of the ring of fire, which promises huge deposits of gold on the island of Borneo.

This story shows us how, at one point, a business can turn into a pumpkin. The adventurous plot prepared for the audience a sudden twist and a memorable image of the protagonist – he is played by McConaughey with a bald patch and a beer belly.

A large investment bank is making reductions and firing the head of risk management. Before leaving, he gives the flash drive to one of the specialists and ominously says: Be careful. On the flash drive, there is an analysis with a forecast of the collapse of the entire market.

A look at the onset of the financial crisis within the bank, whose activities played a key role in the coming economic storm. The movie bank has a real prototype – Lehman Brothers, which went bankrupt in 2008 and brought down global markets.

Mark Zuckerberg is studying at Harvard and has already earned a reputation as a promising programmer – he was approached with an offer of cooperation from Microsoft itself.

He is being noticed by the Winklevoss brothers, also Harvardians, who want him to help them develop the HarvardConnection university social network. But instead, Mark is developing his own website, the capabilities of which go far beyond the boundaries of the university’s local network.

The script is primarily based on a fictional novel by the writer Ben Mezrich, and only then on the real biography of Zuckerberg. For this reason, this is not entirely accurate, but a fascinating story of the emergence of Facebook: how to lose your only friend, become a billionaire and forever change the structure of social relations around the world.

“Tucker: The Man and His Dream”

Preston Tucker always has ideas in his head, and he is literally eager to create. This time, Tucker is on fire to develop the car of the future: it will revolutionize the road with a number of unique innovations. Ordinary people are delighted, but some are not satisfied with the appearance of such a competitor.

The film is stylized for the second half of the 40s, and not only thanks to the painstaking work of costume designers and designers, but also with the help of acting: the cheerful and purposeful protagonist behaves as if he was forever stuck in a television commercial from that time. But the case of Tucker Corporation is quite true: cars of this model are still driving around America, although the company managed to release only 50 pieces.

“The man who changed everything”

Oakland Athletics general manager Billy Bean has a daunting goal: his baseball team must bounce back from the departure of key players and perform well in the coming season. Very little money has been allocated, and we have to compete with teams whose budget is several times larger.

Bean decides to experiment: he abandons traditional approaches to finding athletes and uses statistical calculations to analyze the abilities of future players. The old guard and the entire baseball community are greeted with hostility, and only practice will show who is right.

The main character is a real revolutionary in the world of baseball. He popularized the statistical methods for selecting players that are now used by many teams in the United States of America. Bean still hasn’t won a significant trophy, but he coped with another task: with a minimal budget, he was able to compete with the baseball giants, who spend huge sums on their players’ royalties.

Ellen is a retired woman trying to reach out to her insurance company in order to receive payments for her husband, who recently died in an accident. In the process, she begins to realize that money is not worth waiting for, since insurers are scammers.

This film is like a mosaic of several stories with all kinds of heroes, who are connected by one thing – a large-scale offshore network. And it is not fictional, the script of the film is based on data from the Panama Archives.

Lawyers performed by Oldman and Banderas help not to get lost in finances, who speak directly to the viewer, explain the essence of offshore companies and describe ways to avoid taxes. This can hardly be called an instruction on how to work with a business, but rather a pamphlet against the modern economic system. 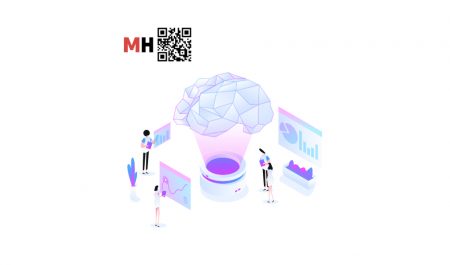 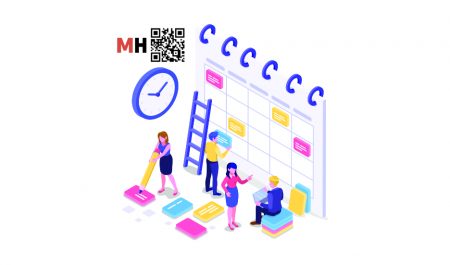 The site may contain content that is not intended for persons under the age of 16.
When using materials, a link to the site www.my-helpers.ru obligatory